180 million plus people out of whom 60% are between 15 & 45 years of age – Pakistan is the world’s sixth most populous country and the fourth largest middle class population in absolute numbers in Developing Asia.

Despite a 16% internet penetration, about half of its 30 million internet users access internet through mobile phones – the country’s mobile penetration stands at 74% or 136.5 million subscriptions.

It was through the aid of Startup Weekend Karachi (the first in the Pakistan back in 2012), as well as other Startup Weekends in Lahore,Islamabad and Peshawar by what local startups started getting more attention internationally.

Groopic winner of Startup Weekend Lahore is an app which lets you take group pictures which include the photographer recently got funding from KimaVentures and also got incubated and made their way to Blackbox.vc. CloudClinik runner up of the same event is a SaaS/Web based EMR & Practice Management System for small-to-mid size medical centers is making its mark with its customer base not only in Pakistan but in Qatar and still going beyond.

International investors are showing Increasing interest and confidence because of fact that these investors can see beyond the short term issues in Pakistan and have the foresight to capitalize on the long term, future potential. Rocket Internet, for example, already has 8 different ventures running in Pakistan which include daraz.pk, foodpanda and lamudi. Naspers backs OLX.com.pk and Shibsted Media Group recently launched asani.com.pk in direct competition to OLX.

There is competition in the ecommerce sector, however this is still primarily limited to the electronics market. For most players to make a dent in this market they will have to enter with significant funds the lack of competition provides a great opportunity for entrepreneurs and investors alike.

The Pakistan Startup Wiki is here. Click below for the full report: 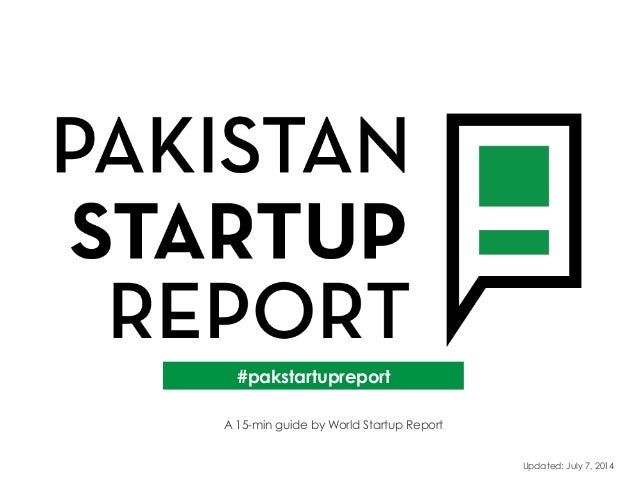