Skip to content
May 11, 2011 in Uncategorized Posted by maris 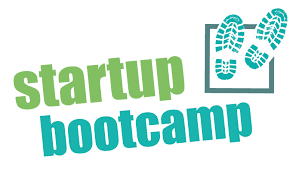 Startup Weekend and Alex Farcet, a co-founder and the manager of Startupbootcamp Copenhagen, established a working relationship beginning in April 2010 when Alex organized Startup Weekend Copenhagen, the first Startup Weekend event in Denmark, and coordinated simultaneous events in Stockholm and Lund (Sweden), Oslo (Norway), and Vilnius and Kaunas (Lithuania).

“We are proud to announce a partnership with Startupbootcamp,” says Marc Nager, CEO of Startup Weekend. “We think it will play a vital role in helping foster innovation and the creation of new startups.  We believe not only in the Techstars model that they use, but also in Alex Farcet and his amazing Startupbootcamp team.”

Startup Weekend is extremely pleased to offer this support to our European community members.  The partnership with Startupbootcamp will allow great teams to continue building developing their idea, receive mentorship, and secure funding without losing momentum.

About Startupbootcamp
Startupbootcamp is a European startup accelerators running programs in Madrid, Spain (summer); Copenhagen, Denmark (fall); and Dublin, Ireland (spring).  London and Berlin are planned for 2012.  Teams selected to join Startupbootcamp are offered 4.000 € per team member, a free office space, access to 100+ mentors who are all serial entrepreneurs and a big finale on Investor Demo Day.  Startupbootcamp is a member of the Techstars Network